More from the Pirates Gold Room 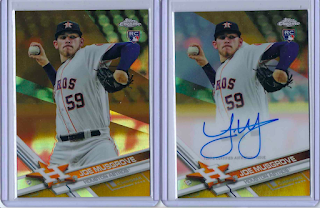 2017 Topps Chrome… I could take it or leave it when it comes to the design. 2017 was certainly not my favorite design year – but it delivered some key rookies for the Pirates with Josh Bell, Tyler Glasnow, and Joe Musgrove – although he made his debut with the Astros. 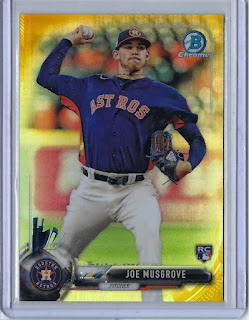 Musgrove has been very inconsistent as a major leaguer but hasn’t come close to hitting his ceiling. Three years of average play is plenty to drive the value of your cards down. I was able to grab all three of these rookies for just about the price of a blaster. 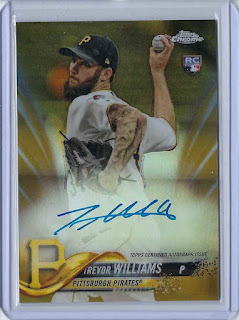 Trevor Williams is your typical fan favorite. Family family, likable, and funny on Twitter.  He was fantastic in 2018, and really struggled with an injury-plagued 2019. Pirates fans are praying he can return to form this year and anchor the rotation. I believe I grabbed this for less than $10. 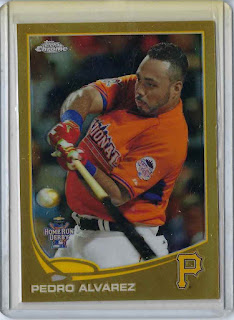 I have way, way too many Pedro Alvarez cards. “El Toro” as he was known to many Pirates fans was a true flash in the pan. The hype was real from the beginning. The Vanderbilt product was drafted #2 overall in 2008, and for a time was ranked higher in the Pirates farm system than Andrew McCutchen.

Pedro’s biggest year was in 2013 when led the NL in home runs with 36. He made his first (and only) All-Star team and participated in the Home Run Derby. With that kind of success comes a lot of cards! Topps printed the hell out of Pedro in 2013, and I have just about all of them. In fact, I could probably dedicate a whole post to him. Interestingly enough, he never signed for any Topps products. The only Alvarez autographs you’ll find are from non-licensed products – so I have very few.

Out of all the Alvarez cards I own, this is my favorite. This card is living proof of why borders are so awesome. Unlike the two Musgrove cards, you KNOW this puppy is a gold parallel right off the bat. It absolutely screams GOLD and I love that. Add on the Home Run Derby logo and a sweet action photo and you’ve got a really pretty card.

The scanner didn’t doesn’t do the card justice, it has a really great refractor shine to it: 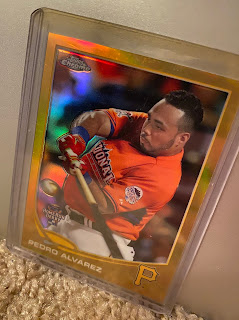 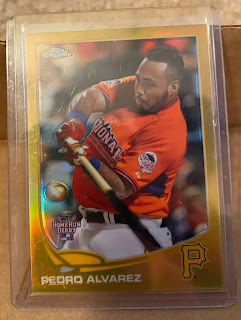 My favorite part of the card is that Pedro isn’t wearing a hat or a helmet – a look that’s become somewhat of a Homerun Derby-specific appearance. I guess we have Bryce Harper and his glorious hair for that. Think about it though. Aren’t baseball players wearing caps or helmets in 95% of baseball card photos? The only consistent exceptions are short prints/variations, which are basically just a type of baseball card that features non-action photography. Ya know, players smiling on the bench and whatnot.