This week's edition features a good ol' fashioned headcase. Rather than give you mindless clues, I'll just show a series of images. Because, let's face it. Every picture is worth a thousand words! 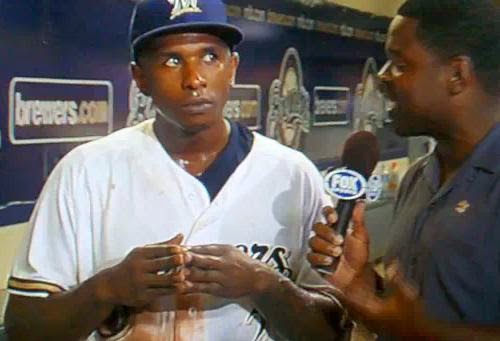 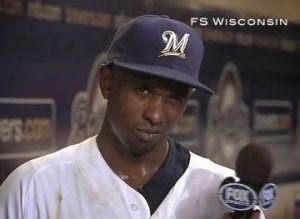 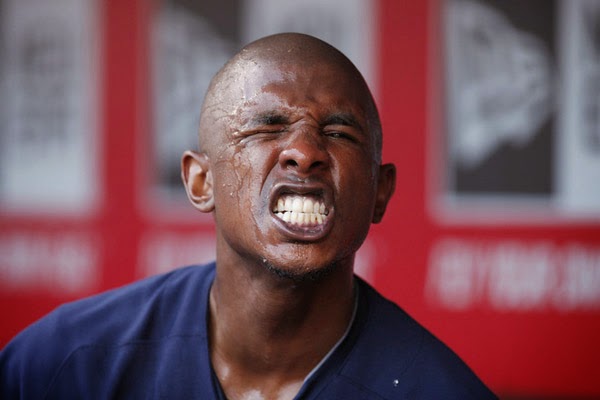 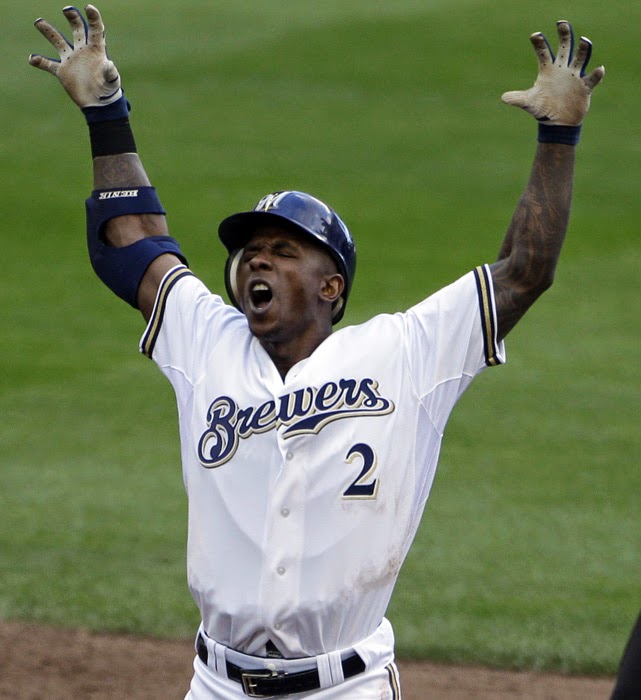 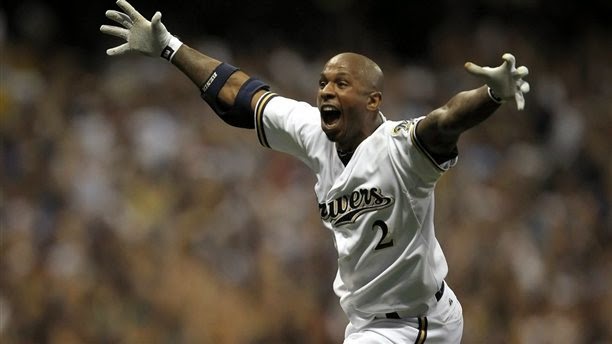 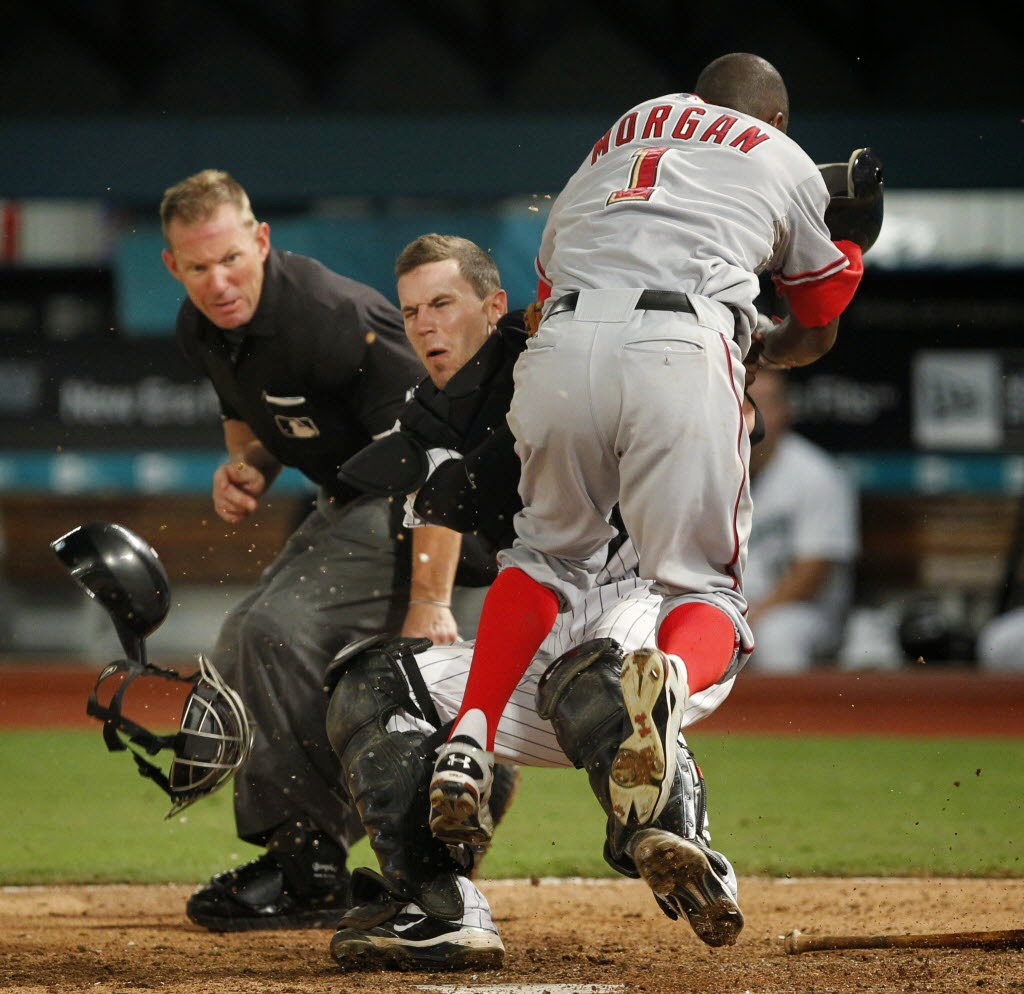 The man, the legend... Nyjer Morgan. My god, what a character this man was. Or should I say, is.

Here's one of the few Nyjer Morgan Pirates cards that exist, and the only one that I own. 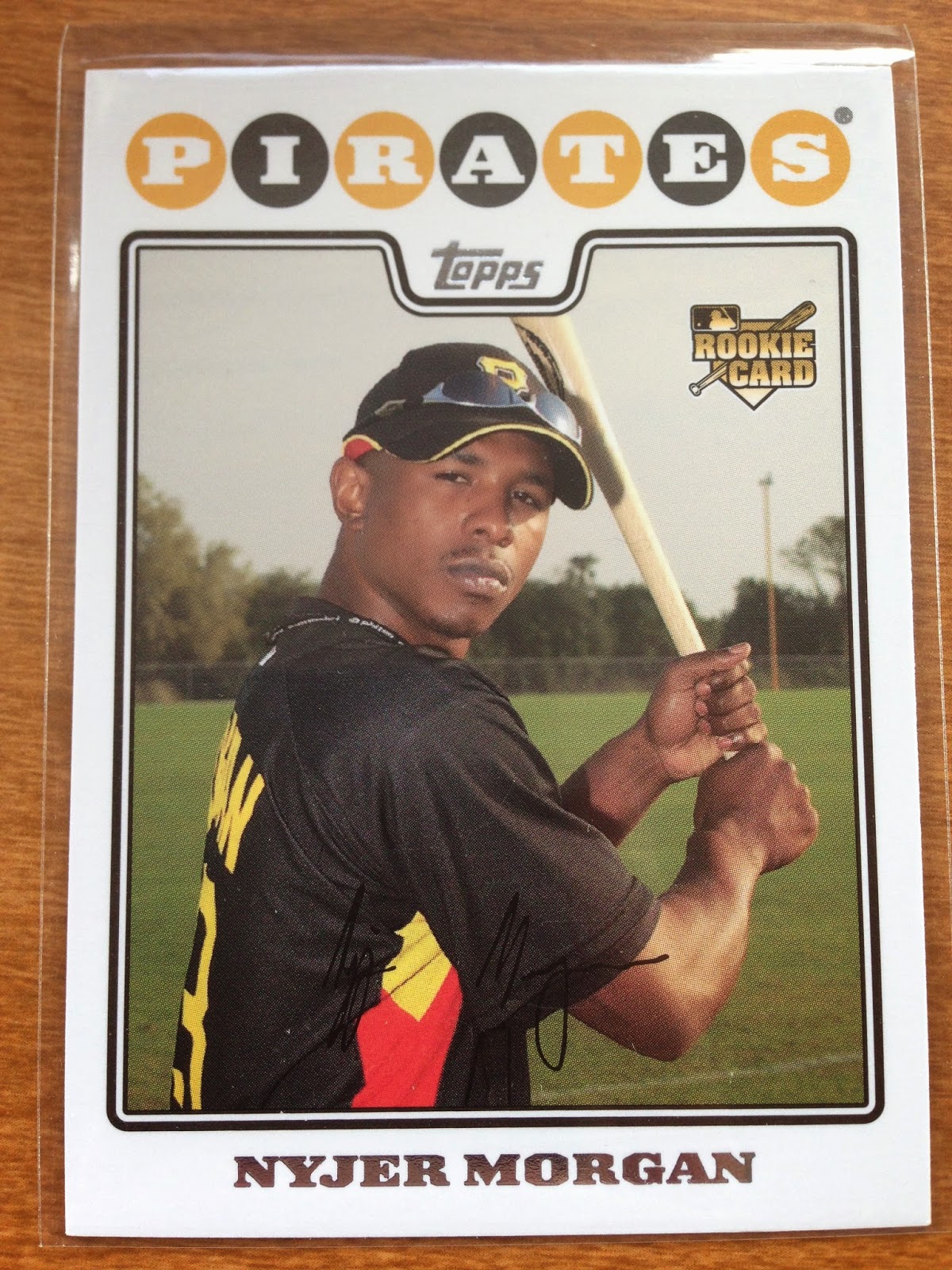 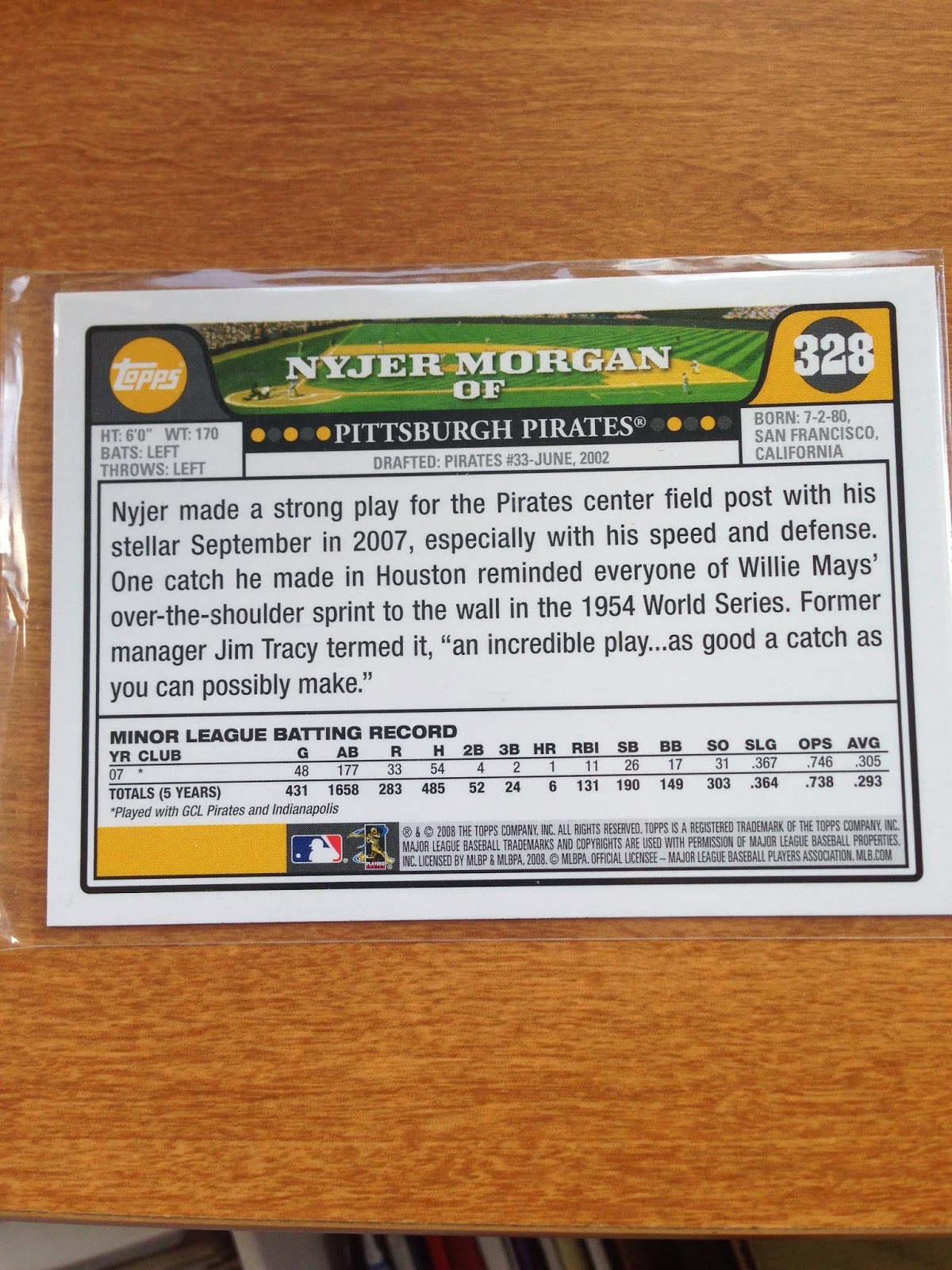 His legacy: Essentially, no one in the Pirates community ever cared about Nyjer Morgan. He provided many exciting defensive plays as well as brief offensive sparks, but was never a real fixture in the lineup. I suppose that's how his entire career has been. His speed always provided some excitement, especially in 2009 when he stole 42 bases. He was also caught 17 times, which led the majors. If I had to take a guess, I'd wager that Nyjer probably had no regard for "steal/don't steal" signs, and he probably just did whatever the f*** he wanted. Shocker.

Morgan will likely be remembered for his on-field antics rather than his skills. Thankfully for Bucco fans, he didn't begin to emerge as a psycho until he was out of the 'Burgh. For your viewing pleasure, here are some clips of Nyjer Morgan being a nutjob!


The second clip is great. Not only because there's an awesome brawl, but because Nyjer gets clotheslined by Gaby Sanchez... a current Pirate! Oh how I love when life comes full circle.

We'll end a light note.. he an Cutch enjoying a nice moment together. 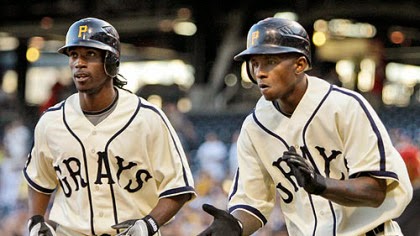 How will I remember Nyjer Morgan? Just like everyone else: As a member of any team but the Pirates.