I've been waiting for this one for some time. The snow is melting, the days are getting longer, and it's Opening Day! It's a great day to be alive!

My goal was to have a certified autograph of every Pirates opening day starter by... opening day. Unfortunately I have failed in my quest, but not by much!

Here's my predicted Pirates opening day roster with some of my favorite cards, as well as my statistical predictions. I'm going to do my best to remain objective and realistic!

Starting at Catcher, for the YOUR Pittsburgh Pirates: 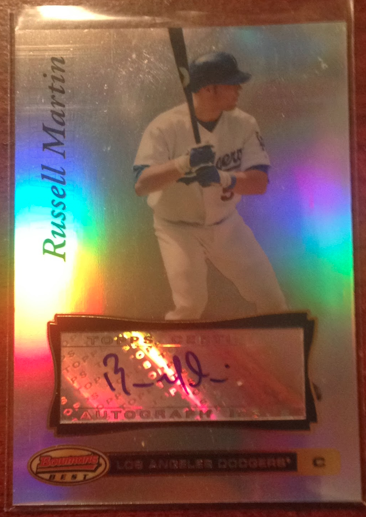 At first base: Gaby Sanchez 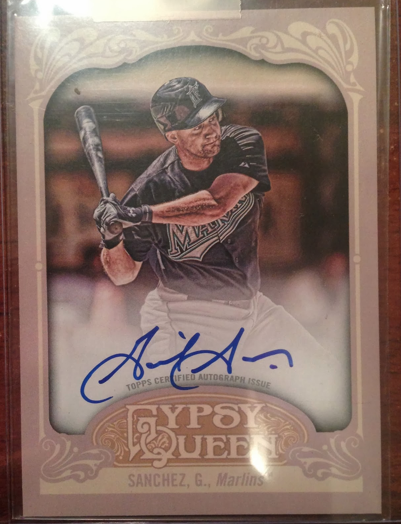 At second base: Neil Walker 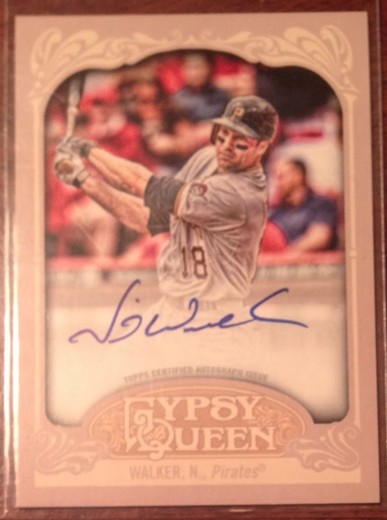 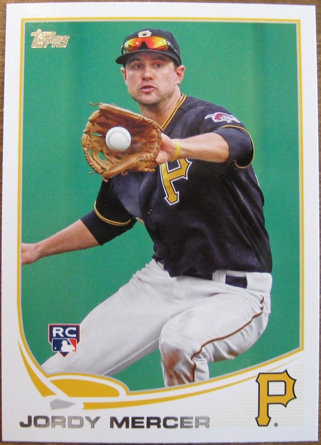 
Comments: Jordy's coming off his first full season in the majors, and in my opinion, a pretty decent one. He wasn't on the Pirates opening day roster last year, although he joined the club in May and stayed for the remainder of the year. The Bucs still operate with a platoon at shortstop, with Jordy and Clint Barmes. Barmes is much more solid defensively, and steals some ABs as a late game defensive replacement. I see Jordy taking a small step forward offensively, although I haven't seen enough from him to predict anything extraordinary.

At third base: Pedro Alvarez 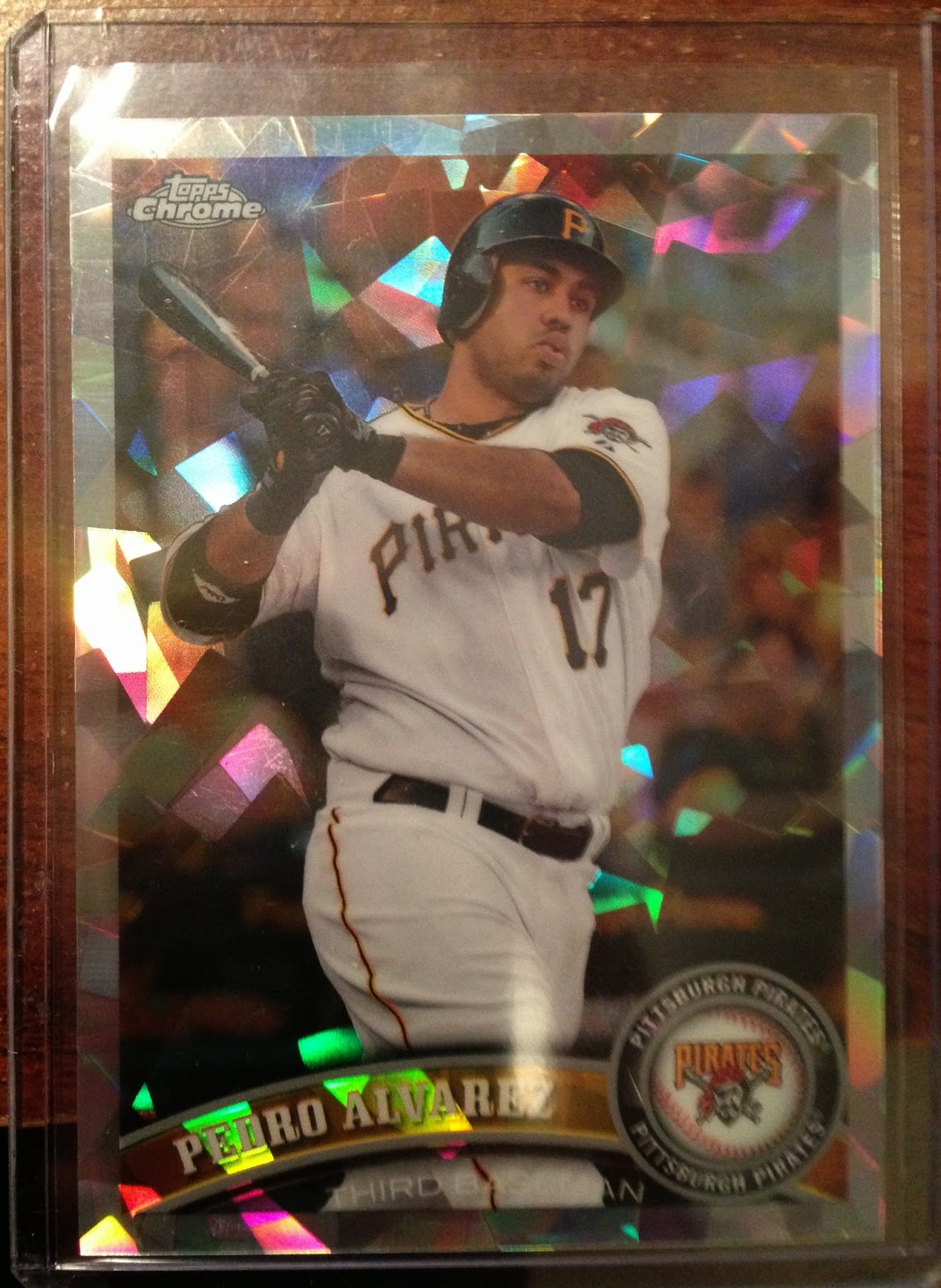 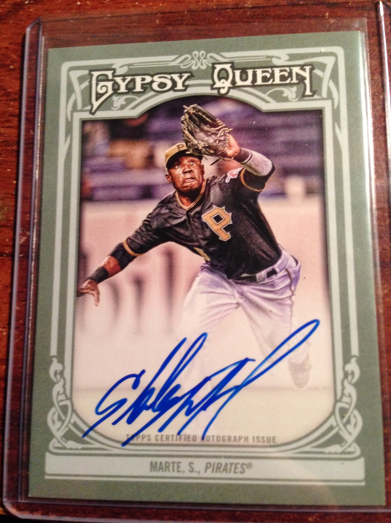 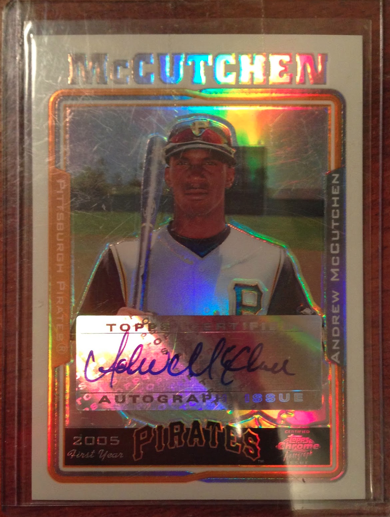 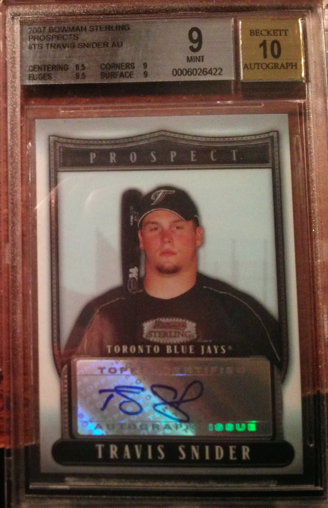 2013: 261 AB, .215 BA, 28 R, 5 HR, 25 RBI, 2 SB
Projected stats: 310 AB, .232 BA, 36 R, 9 HR, 33 RBI, 1 SB
Comments: Snider comes off a terrible, injury riddled 2013 season. When he was healthy, he was striking out, and grounding into double plays as a pinch hitter. I've heard lots of great anecdotes about Snider's personality, and he seems like a great clubhouse guy. However, I've never been impressed with Snider's performance, especially at the plate. The only real favorable memory I have of Travis is this amazing catch back in 2012, which was an unbelievable robbery. Offensively, I don't see a ton of improvement on the horizon. I think his numbers will increase quantitatively, simply because he'll be healthy. He may be DFA'd at some point this season. 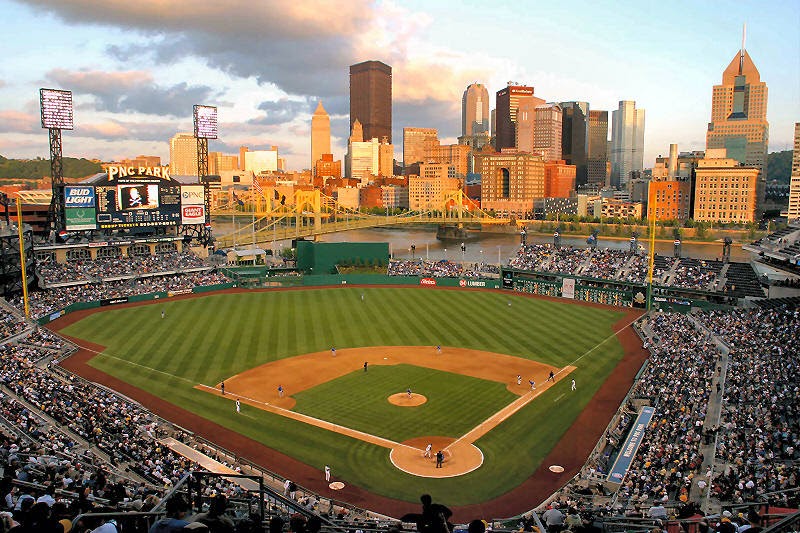 In all honesty, I have a hard time seeing the Pirates achieving the same success that the team enjoyed last year; but that's not say that I think they'll return to their nightmarish losing ways of the past. I think the team will still have a very good year and contend for a playoff spot. As long as the Cardinals are in the NL Central, I don't see Pirates being able to win the division. Optimistically, they'll play well enough to squeeze into a Wild Card spot and create some noise in the playoffs. Pessimistically, they'll sink closer to .500 and miss the playoffs.

Here's to hoping some of the magic fairy dust from 2013 is still lingering in the Steel City.

You don't want to miss this one guys! Alex over at Chavez Ravining is holding another awesome contest. There are some awesome prizes on the line, so get check out!

Posted by The Bucs Stop Here at 5:20 PM No comments:

Salvador Perez. Ever heard of him? Well I hadn't until a few days ago. I was reading an article about the KC Royals, and how they had a real breakthrough season last year- very similar to my Buccos.

I heard very little about KC here on the east coast, probably because they get so little national media coverage. From my reading, it seems like the team's made up of some real gritty blue-collar type of guys. My kind of players. One of them is Salvador Perez, who is probably one of the most underrated players in the entire MLB.

After some reading, he's what I'd learned about this guy: 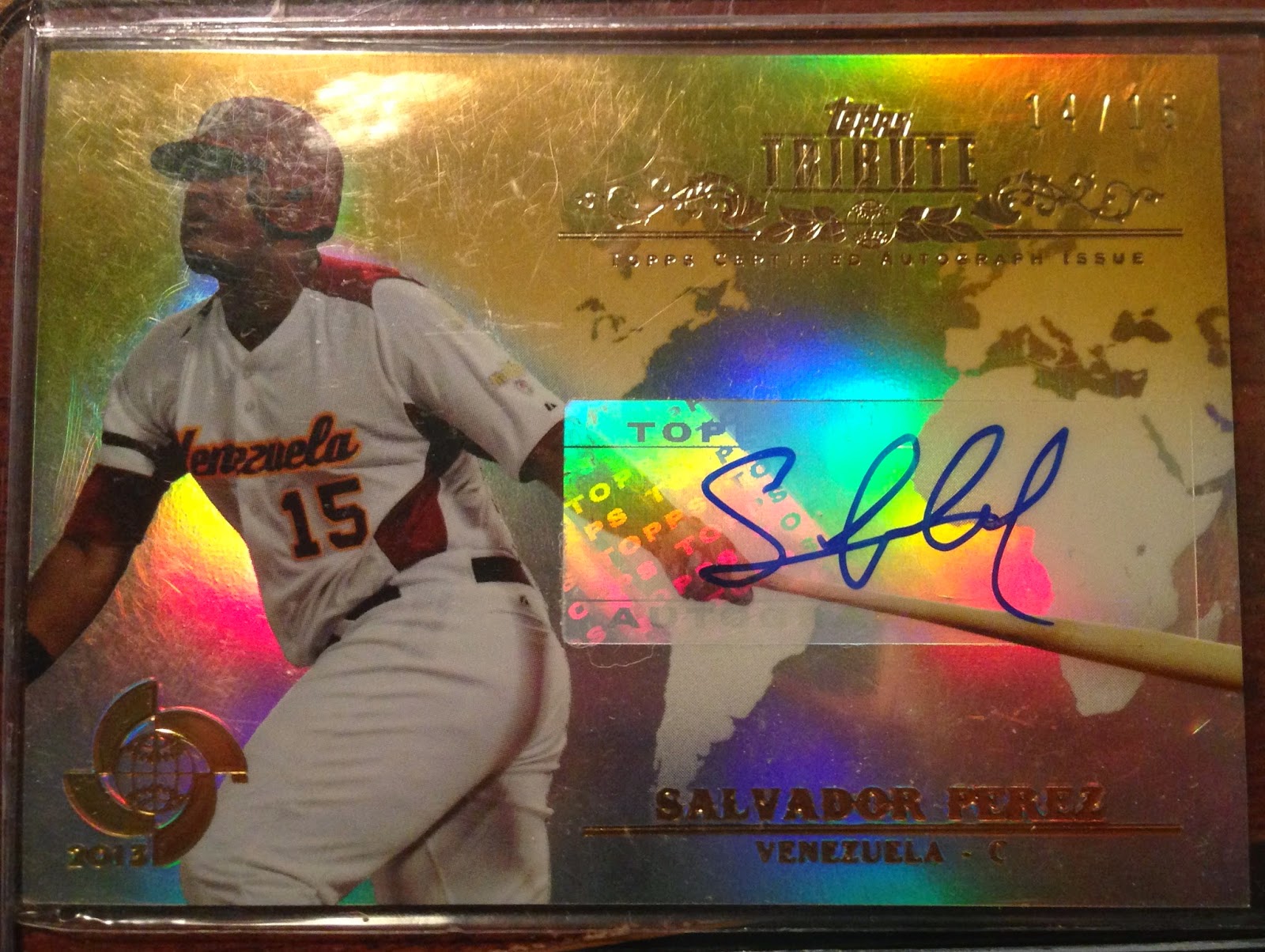 For some reason, WBC cards are generally very affordable. I've got to assume it's the lack of MLB logos, jerseys, etc. Maybe it's just a cheap product overall? I've never dabbled.

Either way, I couldn't care any less, I've landed this beauty! Next up... 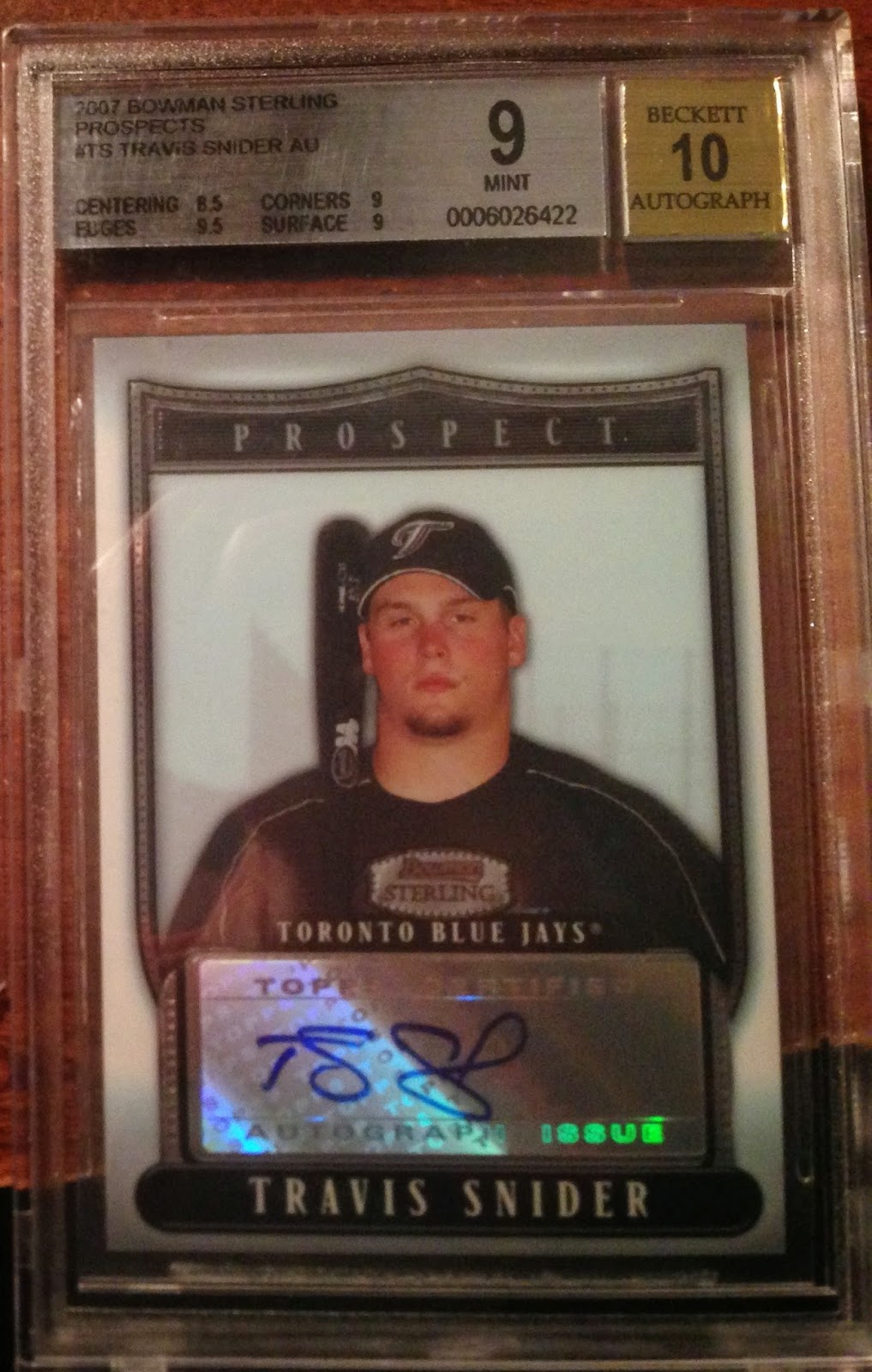 A Pirates PC addition of course! For $7, I was able to get my hands on this Travis Snider Rookie auto. Travis is currently competing for the right field position, which is as wide open as the Grand Canyon. Seriously. You could probably walk on and try out for the spot.

Unlike Perez, this guy was once a highly touted prospect (back in '07), which is probably why a fellow collector sent this to be graded. He's struggled to find his niche in the majors since. I'm not one to collect graded cards, but it was the bang-for-my-buck Snider auto out there, so I pulled the trigger. Welcome home, Travy! 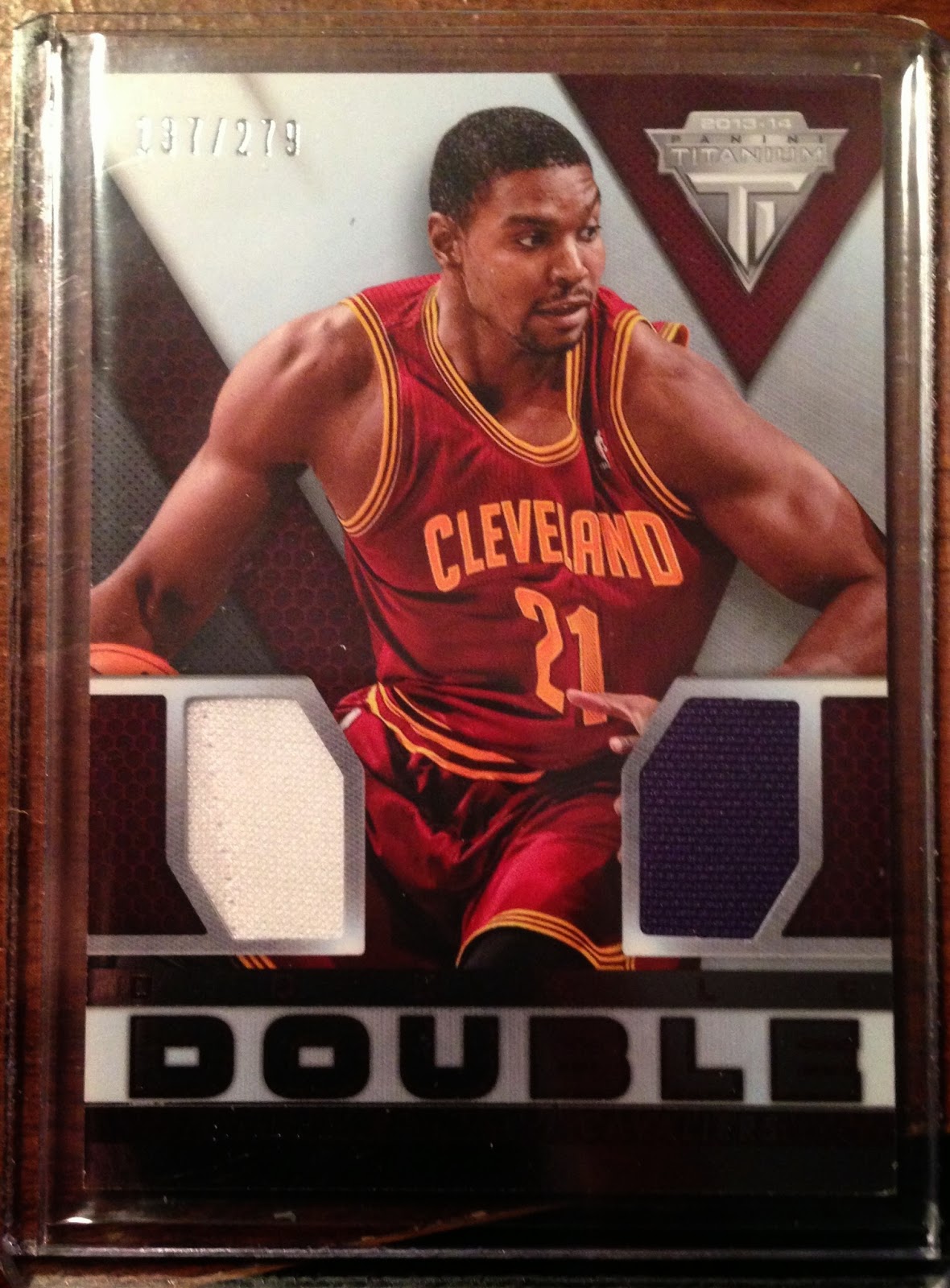 Last is the most random card ever. Over the weekend I hopped in a group break of Panini Titanium because why the hell not. I was randomly assigned the Cavs, which was exciting because of the Kyrie Irving potential. Instead I landed this. I'm not complaining, because group breaks often leave us with nothing. The swatch is purple because it's from Bynum's days as a Laker. Lol.

For whatever reason, I just start laughing hysterically and maniacally when I see this card. I have no idea why. I guess that's just the affect that Andrew Bynum has. Aside from comic relief, I have noooo use for this card. So if anyone wants to trade for it, please speak up!

Thanks for reading, as always.

Topps Comes Through With Yet Another Redemption

You read that right! Topps was gracious enough to fulfill another one of my redemptions, and pretty quickly too.

I've actually had great success with Topps redemptions. I've heard all of the nightmare stories of course, and I'm incredibly thankful that I haven't encountered any issues. I've only redeemed three codes, but so far I'm 3 for 3, and none of them have taken more than 3-4 months:

Hopefully you're aware of this by now, I'm laboring to complete a 2013 Topps Chrome Blue Parallel Set. It's been a hell of a project, loaded with challenges... most of which pertain to my wallet.

I've decided to take out the big guns first- which now that I think about- is probably pretty stupid for cost reasons. I've knocked off some of the more significant rookies, which of course are the most costly. I've got Puig, Machado, Myers, Ryu, and Arenado so far.

Fitting into that class of star rookies is Jose Fernandez. While combing over eBay, I found an interesting auction. It was for the card I needed, but with it a redemption for Fernandez's 2013 Chrome base auto. It was OBO, so I threw out what I felt was reasonable offer. It was accepted. I pondered selling the redemption card, but after seeing on the Topps Redemption Update Blog that Jose had just signed his 2013 Chrome cards, I decided to redeem it.

*** Note --- If you haven't checked out the Topps Redemption blog, I'd highly recommend bookmarking it. It's Topps' attempt at improving customer service for redemptions, and I must say I've found it useful on several occasions. *** 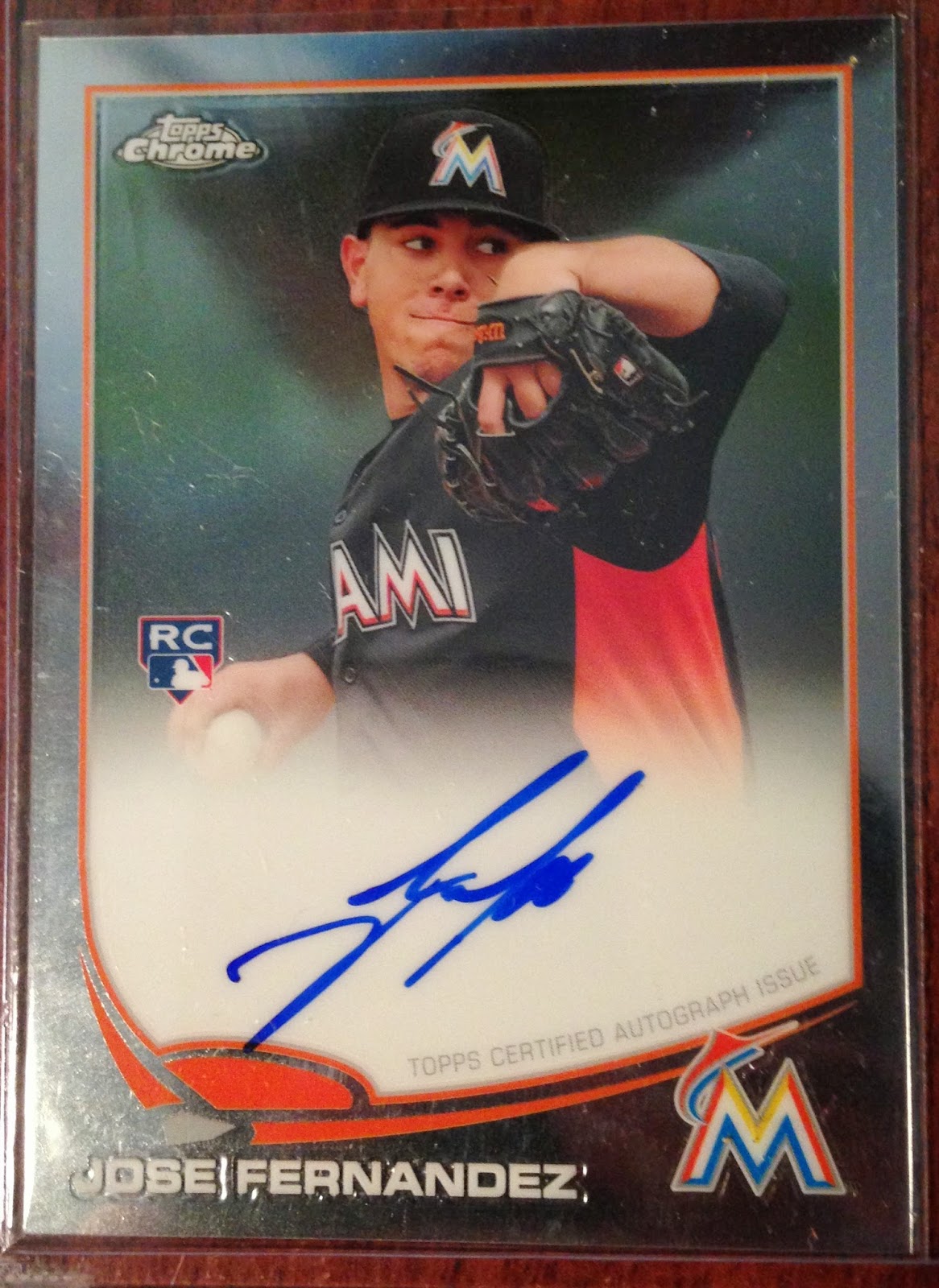 Cool, right?! I really like the sig. Simple, but not so simple that it sucks. For example: 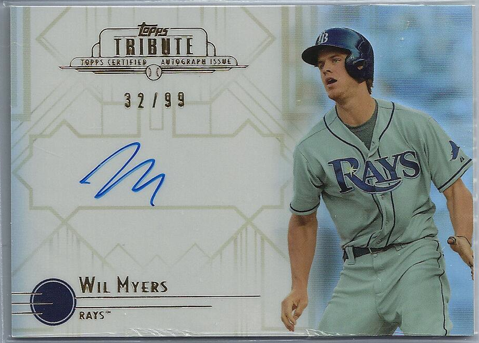 I splurged. I've been browsing eBay for years for the right Andrew McCutchen auto, I've learned one thing. They're expensive as hell. I probably shouldn't have waited until after his MVP season to pull the trigger... but as they say, hindsight is 20/20.

The important thing is, I bought my first goddamn McCutchen auto! And it's a friggin' beauty. 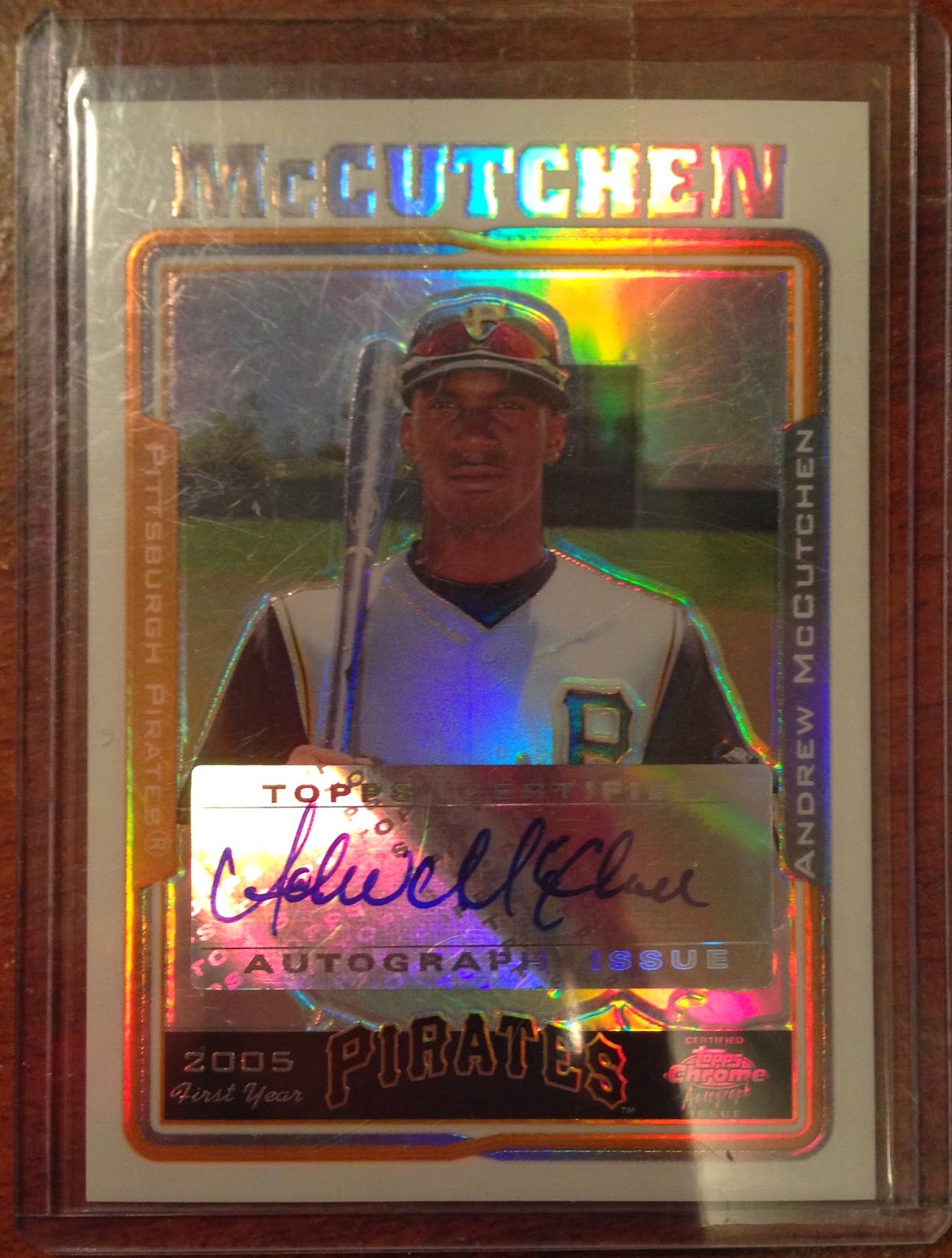 And in and effort to better capture the refractor aspect: 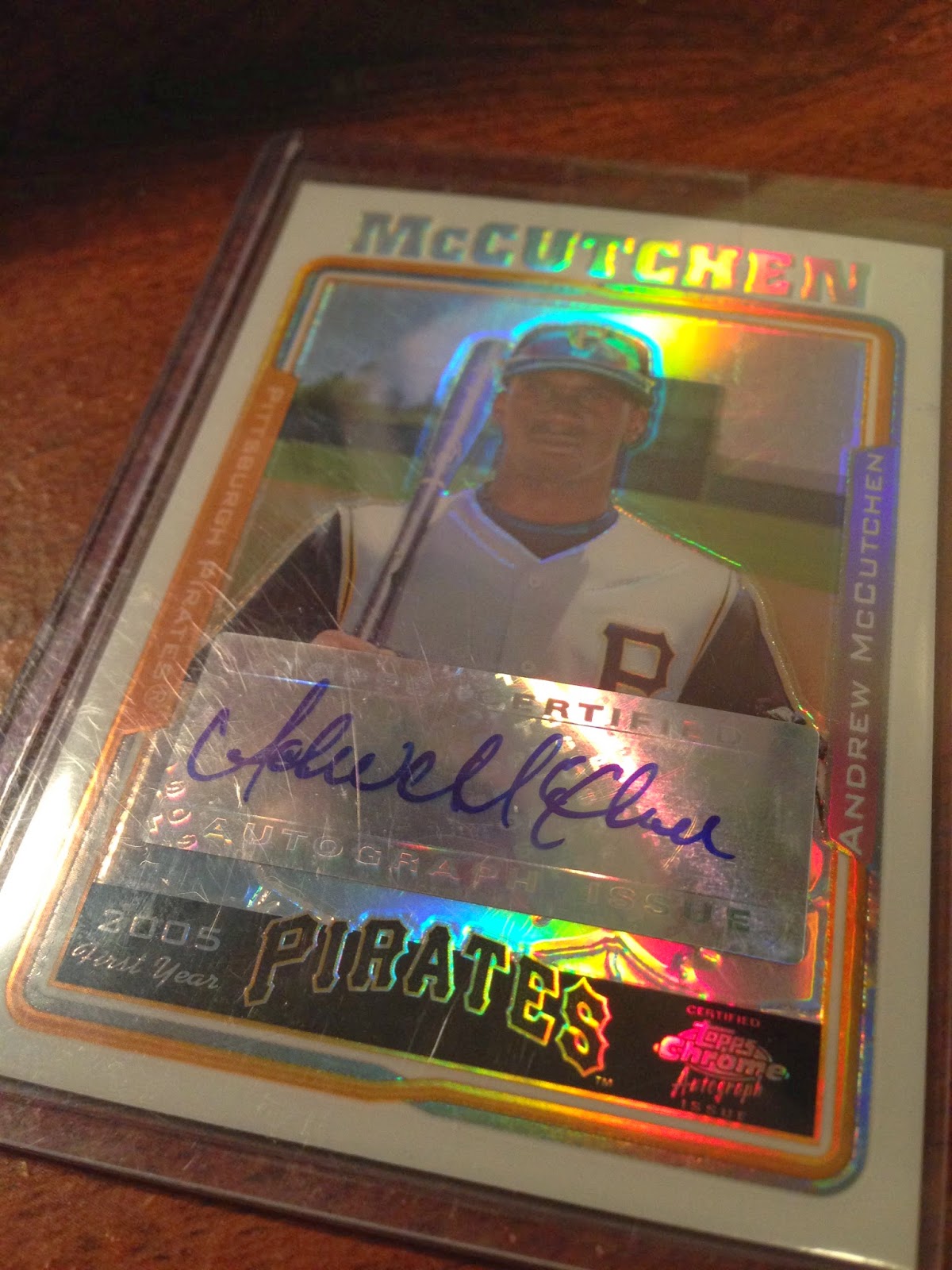 If you don't like this card, you're high. Or you just don't like it. That's fine too. What I love about this card:

-It's a rookie. What's not to love about that?
-The design. It hits most of my criteria for a perfect card: A nice theme of team colors, the team logo is displayed well, and the player's name is very distinguished.
-It's a refractor! Better yet, it's serial numbered- which is where my fetish lies when it comes to my PC. It's 220/500... which is, in way, Cutch's jersey number! (22) Nice little touch.
-Since it's a rookie card, it's from back when Cutch used his "extended" auto, if you will. Nowadays, since he signs a million autographs, he uses a more abbreviated autograph:

He's been penning the shortened version for a while now. I still love the new sig, but I also love that it used to be different. It's just another quality that makes my card unique!

The only downfall is that the auto is a sticker. But as far as I know, Cutch doesn't have any hard-signed rookie cards. I'm not a fan of stickers in general, especially the big silver ones that Topps favored for a while.