Yesterday I had to take my car in for service, and afterwords I was planning to grab some groceries. While I was waiting at the auto shop, I chugged down my morning coffee, while drinking a whole bottle of water. The coffee ran right through me and I was hit with the need for a restroom before grocery shopping. I was passing a Target, so I decided to pop in to use the facilities... and take a quick stroll down the card aisle.

I live in a metropolitan area, and there are probably five or so Targets within 20 miles of me. All of them are almost always dry on retail products, although I've had some luck at this particular store before. Upon arriving in the card aisle, I was met with one of my collecting fears: It appears that the card aisle is being phased out. The amount of self space that was reserved for sports cards was smaller than usual. Pokemon cards and Magic the Gathering cards encroached on the left side. Toys crept in on the right side.

I've read some rumors on hobby-Twitter that claim retail stores are going to stop stocking cards, primarily because the product is becoming more hassle than it's worth. Flippers clearing shelves, grown men acting like children, phony returns, etc. I'm not sure if there's any truth to these claims, but I will say, it does appear that my two go-to Targets are phasing out cards. The display spaces have shrunk in the past few weeks and have been replaced with non-sports cards and tchotchke toys. 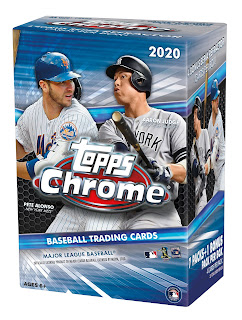 Depsite all of that bad news, I was very fortunate to find a Topps Chrome blaster yesterday. I swear - when you go to the store to specifically look for cards, you don't find them. If you pop in for a different reason and swing through the card aisle, you'll strike gold. I hope this isn't the last time I'll be able to buy baseball cards at a retail store like Target, but I fear it may be my going-away present. Time will tell. 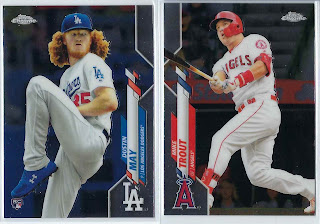 Here's a look at the base cards. I was pretty indifferent about the 2020 flagship design but I think it translates really well to chrome. Chrome does a good job of blurring the background and putting a singular focus on the player, and they look great in hand.

Dustin May definitely has some great hair. It kind of reminds me of Pennywise the clown... and that freaks me the hell out. His young career if off to a great start this year.

I pulled three refractors, one of which is a prism refractor. Happy to see two rookies here, which will be stashed away. Civale will have plenty of opportunity to prove himself as a solid starter - you have to think that the Clevinger trade shows some confidence in him to step up. 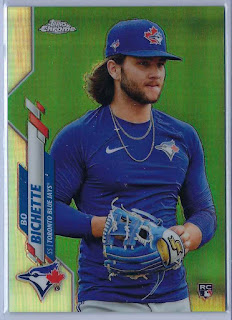 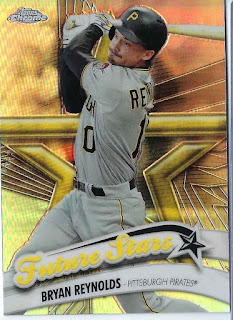 My guy! This is the only Pirate I pulled but I couldn't have asked for better. This card was on my wantlist, and I plan to target some of the parallels of this card for the PC. 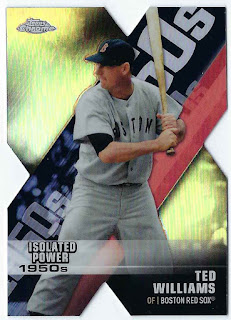 When I felt my finger fall into the gap of a die-cut, I was surprised. I didn't know that Chrome had any die-cuts in it this year. This is a pretty goofy and unneeded card in my opinion. 1950's wool jerseys don't exactly blend well with the modern "X" die cut design. 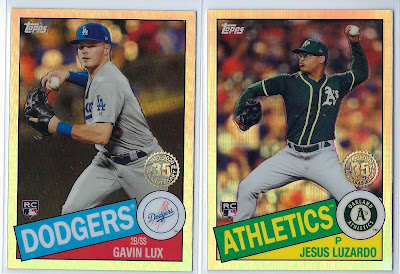 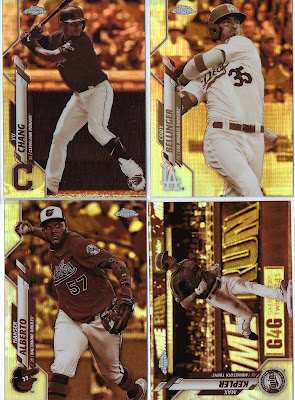 We finish up with the sepia refractors. You'll find a pack containing four of these cards in a blaster, making them retail-exclusive. I'm not crazy about sepia parallels. They're... fine, however I like the look of this year's sepia parallels over past years. In older releases, sepia cards were short printed, I believe to 75.

There you have it! All around a very successful and fun break. Aside from ripping a few packs of Series 2 and a few packs of Bowman, it's been a slow year for ripping packs so this felt really good.

Thanks for stopping by.