2021 and the start of 2022 has been busy for me and I've once again neglected the blog. I've still been buying, selling, and collecting, and I've got some fun stuff to show off from recent pick ups. Let's get right to it: Henry Davis - 2021 Bowman Draft Refractor
Baseball America released it's farm system rankings recently, and the Pirates are back near the top of the league at #3. That's what you'd expect out of a rebuild. GM Ben Cherington has depleted nearly the entire Major League roster in favor of prospects, and we're seeing the result in the cardboard world with lots of Pirates prospect cards. 2021 #1 overall pick Henry Davis is certainly part of that, and he's one of the blue chip prospects in 2021 Bowman Draft. Thanks to a TCDB trade, I was able to grab this as well as a regular base chrome. 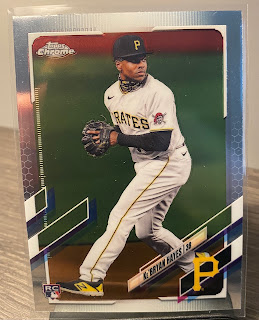 Ke"Bryan Hayes - 2021 Topps Chrome RC
I've been collecting as many of Ke'Bryan Hayes' rookies as I can, both from flagship and chrome. I've got 5-6 of each so far through TCDB trades. If you've got any, send them my way! 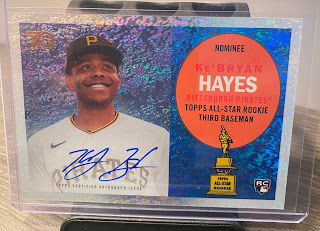 Ke"Bryan Hayes - 2021 Topps Rookie Cup RC Auto - Foil /90
This is the only Hayes autograph that I have in my collection at the moment since his prices have skyrocketed. For some reason, his 2021 Rookie Cup autographs are very affordable compared to other products. I am absolutely obsessed with this card - the horizonal style is perfect and it has a clean, on-card signature. The foilboard looks great. I'm still hunting a good price on the same card, gold #/50. 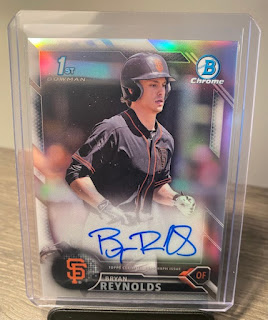 2016 Bowman Draft - Bryan Reynolds Auto Refractor /499
While this may seem like an unassming Bryan Reynolds Bowman First autograph, there's something very speical about this particular card... 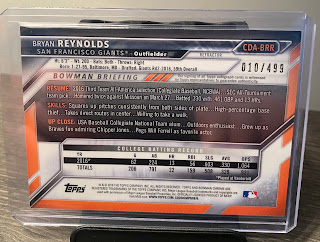 Ebay 1/1!!! Serial #10, Reynolds jersey number. I'm usually not one to caresabout these types of things, but as a Reynolds "super collector" of sorts, this was a special find for me. It truly does it make it one-of-a-kind for me, and I was willing to pay a little over value for the "ebay 1/1." 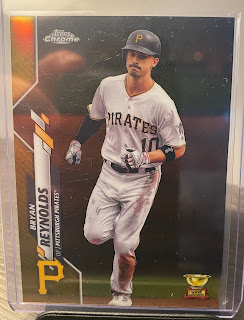 Bryan Reynolds - 2020 Topps Chrome Gold Refractor /50
I'm getting a little closer to my 2020 Topps Chrome Bryan Reynolds rainbow. Today's mail included the gold #/50, which had been on my wish list for a few months. Annoyingly, for several of the parallel colors, Topps did both a "gold /50" and "gold wave #/50," or "green /99" and "green wave /99." This is creating a little extra work for me, but I guess I could look at it glass-half-full because it's more for me to chase. Not counting the Superfractor, the complete rainbow is 17 cards, and I'm sitting at 11. I still need: 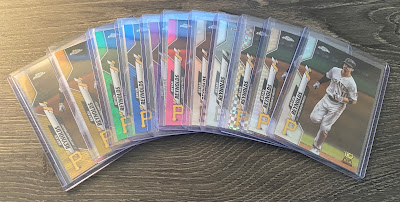 Any leads on those are appreciated. Moving on to basketball: 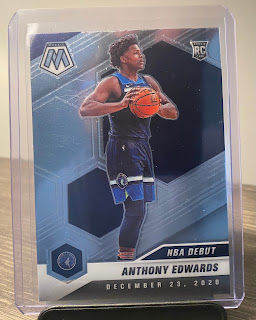 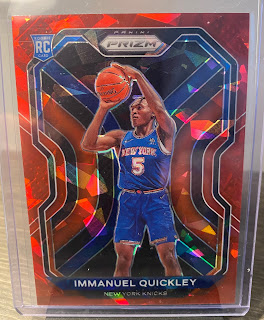 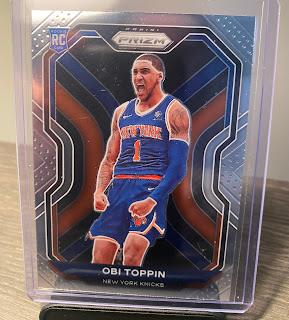 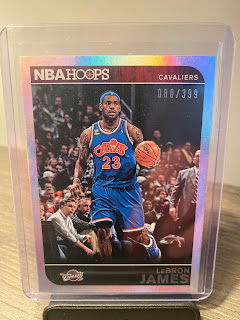 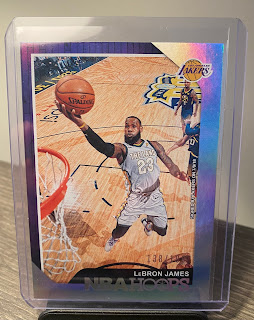 I've been lucky to pick up some basketball retail through Target online, which is a nice change of pace from never finding retail for the last two years. I was able to get a few Mosaic blasters, and I was happy to find the Edwards rookie, although my other breaks were largely duds.

The Quickley cracked ice was an eBay purchase under $10, and Toppin was pulled from a pack. I'm a huge fan of this year's Prizm design and an even bigger fan of the photo on Toppin's card. If you've watched a Knicks game this year, you'll recognize that as as his post-dunk celebration.

As for the two LeBrons, those were two needed additons to a small LeBron project that I'm working on. The goal is to get my hands on a silver parallel from every year of Panini NBA Hoops in whoch Silver parallels were printed. After a hiatius, Hoops returned in 2011-12, and Silver parallels began to emerge three years later in 2014-15. With the addition of the two above, I am just two away from completing the "set" of eight cards - I need 2015-16 and 2021-22.